Henry Schein (NASDAQ:HSIC – Get Rating) released quarterly earnings data on Tuesday. The company reported EPS of $1.30 for the quarter, beating the Zacks consensus estimate of $1.19 by $0.11, reports RTT News. Henry Schein had a net margin of 5.09% and a return on equity of 15.84%. The company posted revenue of $3.18 billion in the quarter, versus $3.12 billion expected by analysts. In the same period a year earlier, the company posted earnings per share of $1.24. The company’s revenue for the quarter increased by 8.7% compared to the same quarter last year.

About Henry Schein (Get an evaluation) 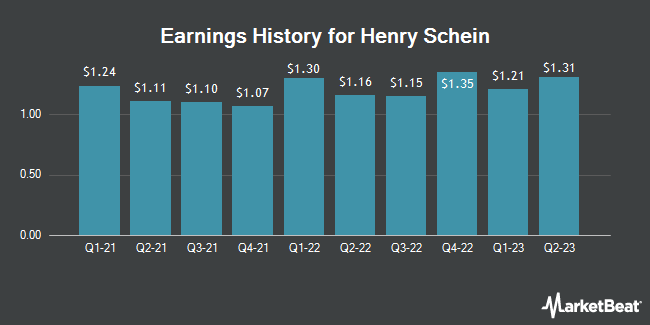